a.s.r. is the first insurer in the Netherlands to have reached step 1 of the performance ladder more social entrepreneurship. a.s.r. was awarded the corresponding certificate yesterday by PSO director Yuri Starrenburg. The aim of the PSO is to help more people at a distance from the labour market find a permanent, high-quality job. 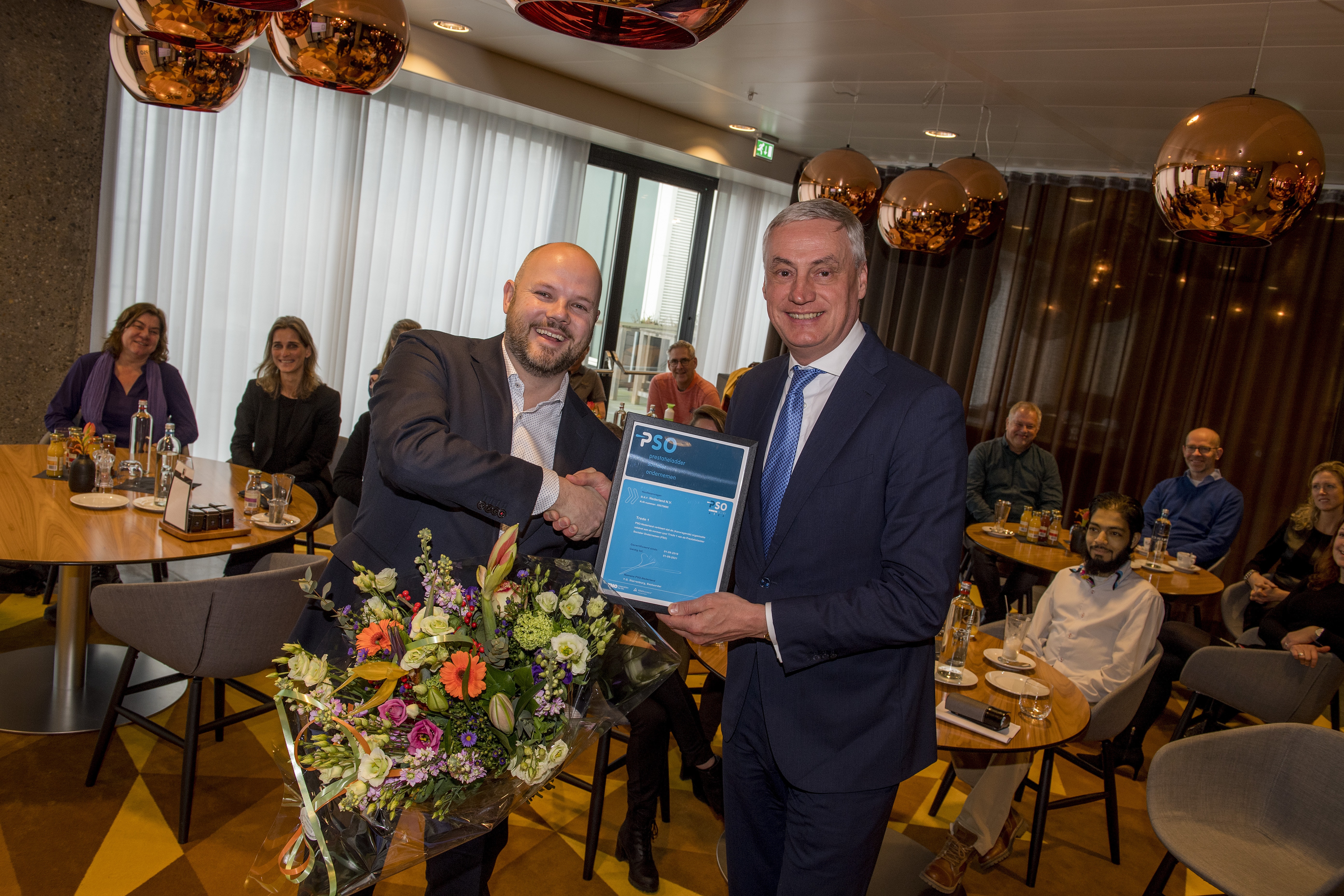 PSO organisations do this by facilitating workplaces within their own organisations. In addition, PSO-certified organisations also encourage their suppliers and contractors to do business in a more social way. Achieving Step 1 of the PSO means that a.s.r. employs an above-average number of people at a distance from the labour market than organisations in the same size class.

Yuri Starrenburg, director PSO the Netherlands: ‘As a large, knowledge-intensive organisation, a.s.r. has accomplished an enormous achievement. With the achievement of the first PSO step, a.s.r. demonstrates that it delivers on its ambitions while setting an example for other organisations in its sector. By structurally providing workplaces for people at a distance from the labour market, a.s.r. demonstrates that it is one of the frontrunners of knowledge-intensive organisations in the field of social entrepreneurship’.

Jos Baeten, CEO a.s.r.: ‘a.s.r. wants to play a leading role in the field of sustainable entrepreneurship in the financial sector. The fact that we have reached the next step on the PSO ladder shows that we not only offer more people with a distance to the labour market a chance of finding a job ourselves, but also cooperate with organisations doing business in a socially responsible way. I hope that in this way we can encourage other organisations to also make an effort for people with an occupational impairment.’

a.s.r. already achieved PSO aspirant status in July 2018. In 2018, a.s.r. also received the ‘Alleen talent telt-award’ (it’s only talent that counts) from De Utrechtse Werktafel partnership, for the employer that provides the most guidance to employees in the Utrecht-Midden region who are at a distance from the labour market.

Jolanda Sappelli, director of Human Resources a.s.r.: ‘a.s.r. strives for an inclusive culture - we do not exclude anyone. At a.s.r. we find it important that people at a distance from the labour market are given the opportunity to use their talents optimally, which is why we do our best to achieve this. In our view, this only results in winners. Employees with an occupational impairment, because they can develop further through an attractive job with us. And ourselves, because we get a pleasant and enthusiastic colleague.’

Information on PSO
The Prestatieladder Socialer Ondernemen (Performance Ladder More Social Entrepreneurship) is a measuring instrument of TNO that objectively determines the extent to which an organisation is doing business in a more social way. But it is also a quality mark. The aim of the PSO is to help more people at a distance from the labour market find a permanent, high-quality job. PSO organisations do this by facilitating workplaces within their own organisation. In addition, PSO-certified organisations also encourage their suppliers and contractors to do business in a more social way. For more information about PSO, go to www.pso-nederland.nl.